Reform and Rebellion Life in the Victorian Era

Feelings of Nationalism in the Canadas :

French felt English tried to outnumber them through immigration (Eastern Townships).The Chateau Clique had most of the political power (Brewers and Bankers).Three main problems.Lack of political power, unequal taxation, and discrimination.British instated anti-French Governor James Craig.Closed dissenting newspapers and arrested those who criticized the government. 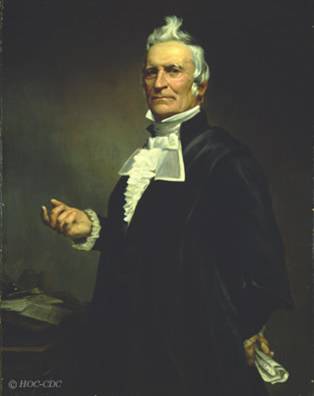 Gov’t of Upper and Lower Canada est. by Constitutional Act of 1791.Supposed to be democratic and it was except.Governor  had a veto ability to override the public’s decisions.The upper classes family Compact wanted money spent on canals and improving business.The lower classes wanted roads, schools and land reform.This led to frustration and calls for reform.

Wealthy land orders for lower Canada Quebec. But yet it is dominated by wealthy English business men. Molsen Keith.

Weathly business located in upper Canada Ontario makes the laws for the Oligarky. They were not elected. At that time both the groups made the laws and built what they needed to build.

Rebellions of 1837 in Upper and Lower Canada

Punishment: the death penalty was handed out for insurrection. The leaders where publicly hanged. Others were transported to Bermuda for seven years. But most of the voyagers died on the trip. Many of the French Canadians had their land and crops burned.

John Lambton (Earl of Durham) was appointed governor in Chief of the Canadas. He arrived in 1838. He also did join the family compact or the Clique. Also patched and made things up with the USA. Pardoned many rebels, but sometimes gets overturned by the more powerful groups.

He recommended the colonies he joined and given responsible government. He also recommendation that all of the British Republic. North America be joined in the future. The only people who are against this are the French Canadians.

The government changed as a result of the recommendations. The Executive council would become the Cabinet. His proposal became the basis of the modern government.

Lots of activities that the men liked to do was to go to bars and drink and chat and shoot pool and toss darts.

Travel changed with the emergence of trains.Steamships made the journey across the Atlantic much shorter.Improved infrastructure also helped. People were scared about trains because they thought that since the trains where going so fast that the air would get sucked out of the trains and you could not breathe.

The Rise of Newspapers

Canada’s first newspaper was the Halifax Gazette in 1752.Dailies increased in the 1800s.By 1873 there are 47 dailies in Canada.No sports sections, no comics, advice columns, horoscopes.The were one of the only sources of news from abroad.Privacy was not respected. First use of mass communication in history.

HBC formed in 1670 as a private British Company. Hed a monopoly in land that was called Rupert’s land. The company used natives to bring furs to the forts and posts near the bay. They also have exclusive rights to land of all rivers that flowed into the Hudson Bay Basin.

formed in 1783 by independent fur traders from Quebec. They went to the natives and ‘wintered’ with them trading for furs. Began ,major rivalry with HBC. 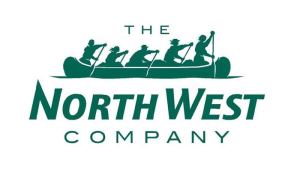 originally a midshipmen on Cooks voyages. He Captained his own voyages to Pacific coast of North America in 1791.He fur trade on the west coast to British claimed land for Britain. First to circumnavigate Vancouver Island. He mapped the Mackenzie river and travelled with native guides.  He is known for his overland crossing of Canada to reach the Pacific Ocean in 1793. This was the first east to west crossing of North America north of Mexico and predated the Lewis and Clark expedition by 10 years.

Became a partner in the NWC. He built forts including Fort Macleod,Fort St. James Fort Frasie,Fort George. He was a fur trader and an explorer who charted much of what is now the Canadian province of BC . Fraser was employed by the Montreal based North West Company. By 1805, he had been put in charge of all the company’s operations west of the Rockies. He was responsible for building that area’s first trading posts, and, in 1808, he explored what is now known as the Fraser River. 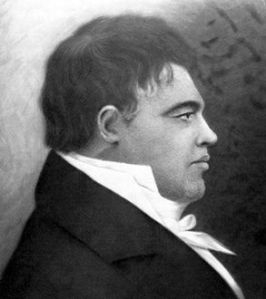 Map maker and trader for NWC. First to explore the Columbia River. Travelled 500000km in all. Had a metis wife. Explored the Rocky Mts. built trading posts on the Columbia river. When he reached the mouth of the Columbia he found Americans already there. 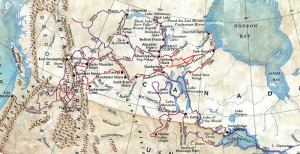 Waves of immigrants arrived at the end of the War. Most settled in the Eastern Townships.  Most people were from Europe or the USA. Most of the people who moved to Canada because they wanted to say  loyalists. 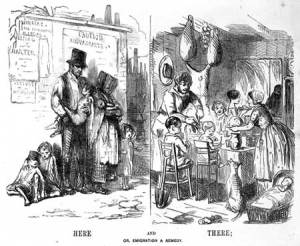 Many poor people were forced into the steerage on the ship. About half of all immigrants who made the journey died or had a sickness. The sickness was called cholera.

Many of the immigrants were Scottish or  Irish. About half of the Irish people died or left to Canada. This was because of the Irish Potato famine. 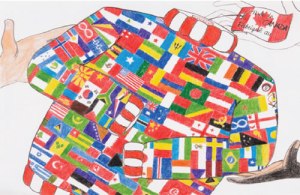 Captain James Cook was the first captain of a ship to prevent the outbreak of scurvy by serving his crew citrus fruit like limes.

Canada has a wide variety of climates because:
-it extends over a vast distance from north to south
-there is a wide variety of elevations
-coastal regions vary greatly from inland regions
-wind and pressure systems move weather from one  region to another

Weather: the day-to-day conditions of
the atmosphere ex. temperature, precipitation

–
the further you are from the equator, the cooler it will be because:
a) the rays of the sun are more direct at the equator  than they are at the Arctic Circle where they
are more oblique.
b) the closer to the poles, the rays must pass through the
atmosphere, which absorbs lots  energy. 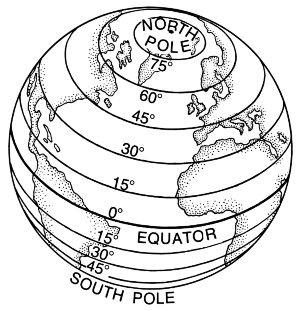 2)
Relief & Elevation – relief means the differences in elevation on the Earth’s surface. Mountains cause air masses to rise which causes precipitation

Elevation  the higher up a mountain
one goes, the cooler it gets. b) the wet cooling rate    this occurs when there is condensation
Why does this occur? Because as the air rises in
altitude it expands and the molecules are further apart.

as air passes over water it picks up moisture. When this air reaches
the coast it is forced over mountains and precipitation occurs.

4)   Ocean currents
water warms up slower and cools down slower than land does
this has a moderating effect on land that touches the ocean because as the wind passes over the water it is warmed up and moderates the temperature on land.

5)
Air masses  a large volume of air that
has the same characteristics. An air mass coming in over water will be moist and will cause precipitation.

3)    Winds and pressure systems
air pressure   air has weight and exerts pressure below it.
The higher the elevation is, the lower the air pressure will be Winds   wind is the movement of air across the earth’s
surface and is created by differences in air pressure
Prevailing winds   around the world there are established areas
of high and low pressure zones known as belts
Winds that form in the Arctic will be cold and dry
Whereas ones from the Gulf of Mexico will be warm and moist.
A polar front is the
boundary between polar air and tropical air
precipitation is based on air cooling and rising, and then water vapor condenses and evaporates.

INDUSTRY by: Stephen Wyatt Primary Extractive (5%) – are industries that take raw materials from the ground some examples fishing, farming. Called primary because the companies are using of raw materials. These resources can’t be sustainable for infinite periods of time. http://www41.statcan.ca/2006/1664/ceb1664_000-eng.htm Manufacturing Secondary (22%)­ … Continue reading →

Welcome to WordPress.com. After you read this, you should delete and write your own post, with a new title above. Or hit Add New on the left (of the admin dashboard) to start a fresh post.